In this thread I would like to list any possible evidence, under the hypothesis that the Odes of Solomon preceded even the epistles of Paul, about:
The corollary is that the baptism episode in the Gospels is meant to eclipse that original death of the god by immersion. A historical John the Baptist was co-opted, used and introduced in the Gospels to "explain"/euhemerize the previous mythical baptism of Jesus in a time when the connection of the crucifixion with the baptism was entirely lost but at any case the idea of a "baptized/crucified" Jesus survived and that original mythical feature had to be "explained" someway by the writers of gospels.

In whiletime, this is the basic idea: 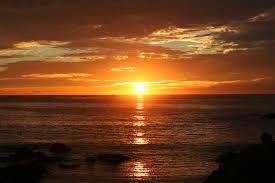 In Egypt, the whole process of death, purification, and rebirth/resurrection was held as singular. So Osiris's death in the Nile was his actually his purification; his entombment in the sycamore was actually his incubation. Plutarch even says that the immersion of Osiris in the Nile was both his death and rebirth. His entombment and his exhumation.

Baptism was just a way Christians could partake in Christ's death without actually needing to die.
Top

I will ignore in this thread any reference to Egypt because if the mythicism was left in the hands of the likes of Acharya, I would be a historicist.
Nihil enim in speciem fallacius est quam prava religio. -Liv. xxxix. 16.
Top

Guy you're a schmuck.

Acharya is not the end-all, be-all of the Egyptian-influence on Christianity.

And Moses was instructed in all the wisdom of the Egyptians, and he was mighty in his words and deeds.
You asked a question, and I answered it. Paul's conception of baptism is the same as it was in Egypt. The immersion in the water was both the death and renewal of life.

If I could smack over the internet, I would.
Top

Please don't say idiocies. Christianity is a Jewish thing, not an Egyptian thing. I don't raise questions for you. Go to an astrotheological forum if you like to talk about egyptian bullshit. Already I despise the Jewish god. Even more so I despise the Egyptian gods.
Nihil enim in speciem fallacius est quam prava religio. -Liv. xxxix. 16.
Top

You are a fucking moron. Period.


Christianity is a Jewish thing, not an Egyptian thing

And Judaism has linkages to Egypt, as well as Persia. After all, Jews were by their own history residents of Egypt for four centuries, and Moses's own name has ties Egypt, drawn from the water, i.e. the Nile.

Secret Mark, the original Gospel, was composed in Egypt.

And didn't you say that Jesus was a god of gentile origin? Yes you fucking did.

You are such a fucking idiot man.

You have no credibility here, have admitted elsewhere that you are a fanatic and dogmatic in your opinions, and have admitted to having a hatred of anything you deem disagreeable. Not only are you an idiot, you are blatantly biased and prejudiced. (Over thing that don't even fucking exist).

Why Peter Kirby hasn't banned you yet is a testament to his belief in free discourse.
Top

The Christ Myth was a Jewish thing.

The Jesus Legend was a gentile Gnostic thing.

You should like the difference between a Jewish hallucinator and a gentile euhemerizer.

P.S. I don't know no Secret Mark from Egypt, even less so a first gospel called such.

If even a homosexual scholar was obliged to forge a gospel to justify his sexual preference, then even more so the early Christians were obliged to forge gospels and epistles to justify their beliefs.
Nihil enim in speciem fallacius est quam prava religio. -Liv. xxxix. 16.
Top

Well, returning to the topic and without more vain polemics (by now), I start with the Ode 28:

11 And they came round me like mad dogs, who ignorantly attack their masters,
12 For their thought is corrupt and their understanding perverted.
13 But I was carrying water in my right hand, and their bitterness I endured by my sweetness;
14 And I did not perish, for I was not their brother nor was my birth like theirs.
15 And they sought for my death and did not find it: for I was older than the memorial of them;
16 And vainly did they make attack upon me and those who, without reward, came after me:
17 They sought to destroy the memorial of him who was before them.
18 For the thought of the Most High cannot be anticipated; and His heart is superior to all wisdom. Hallelujah.
Surprisingly, the Christ doesn't die. Is it really a crucifixion?

I think that a drowning is in view, here.

There are similarities with Romans 6:3-5:

Romans 6:3-5
3 Or don’t you know that all of us who were baptized into Christ Jesus were baptized into his death? 4 We were therefore buried with him through baptism into death (εἰς τὸν θάνατον) in order that, just as Christ was raised from the dead through the glory of the Father, we too may live a new life.
5 For if we have been united with him in a death like his, we will certainly also be united with him in a resurrection like his.
Another possible translation is the following:

The idea is just that Christ died at the moment of the his baptism. But then it was not a "baptism" at all: it was a mythical drowning in the Abyss of death.

In the moment when the god died drowned, the his posture was crosswise: 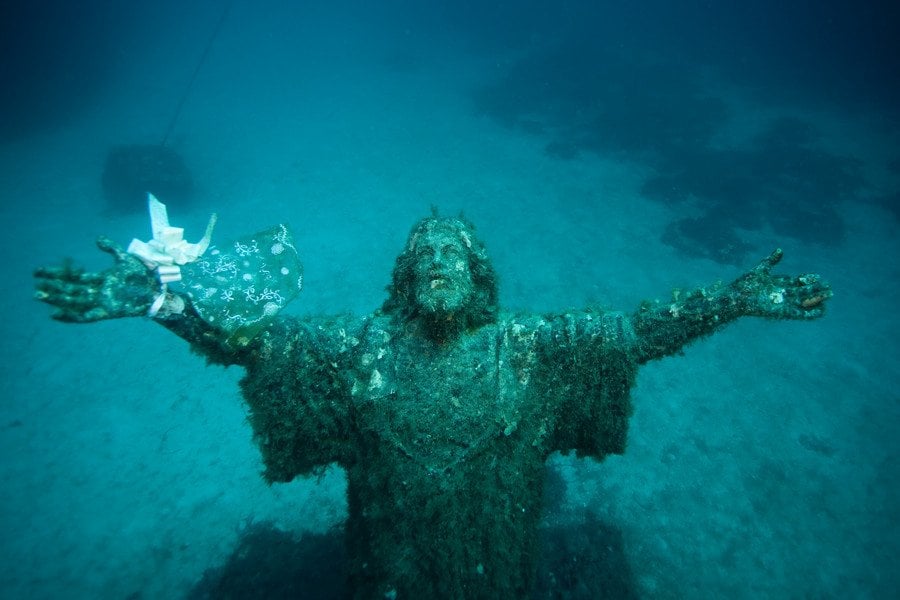 Hence explaining this particular feature of the Odes of Solomon:


Ben C. Smith wrote: ↑
Thu Oct 03, 2019 9:06 am
[*]Odes of Solomon 27.1-3; 42.1-3 and other early texts describe a worship posture, sometimes called orans, involving the stretching out of the hands: a posture which, far from being suggested by an historical crucifixion, may perhaps have actually suggested crucifixion.[/list]

With this correction: the worship posture called orans had designed from the beginning to imitate the posture of the drowned Christ during the his immersion/drowning.

it is precisely the identity of death (as immersion/drowning in the infernal waters) that gives the resurrection to both the god and the followers of the god.

This explains why the symbol of Jesus is ἰχθύς, Joshua son of FISH (=meaning of Nun).

This explains why the places where Jesus respectively descends on earth and ascends from earth were connected with aquatic sources.
But this obviously in the Gospel of Marcion.

In our gospels, Jesus descends to the waters of Jordan to be baptized by John the Baptizer. What was eclipsed is not only the death by drowning of the ancient god Jesus, euhemerized as his baptism. But the identity of the killer, of the Drowner. John the Baptist is the guy who pushes Jesus into the waters (by putting the hands on him, for example). Obviously John couldn't be the killer of Jesus. The Drowner was in the previous myth the power of the Abyss where the victim was immersed/drowned. In other terms, the Drowner was Satan, the archons, the demons.

John is killed by Herod (an archontic figure). The his arrest (and presumably, shortly after, the his death) marks the "resurrection" of Jesus as preacher in Galilee of the "Kingdom of God". Any time Jesus appears the first time in Galilee, there is always a resurrection!
Nihil enim in speciem fallacius est quam prava religio. -Liv. xxxix. 16.
Top

A trace of the Abyss as the original place of Death of the "crucified" Jesus is preserved still in John 19:41:

At the place where Jesus was crucified, there was a garden, and in the garden a new tomb, in which no one had ever been laid.
Usually the Calvary is an arid place (after all, the skull of Adam was without hairs

But not a coincidence, if the original death of the god Jesus was by immersion/drowning into the Abyss of Death.
Nihil enim in speciem fallacius est quam prava religio. -Liv. xxxix. 16.
Top
Post Reply
50 posts

Return to “Christian Texts and History”